Some trees were recently felled by DCC staff on West Road in East Wall. This is really disappointing to see but unfortunately needed to be done because of the condition of the trees. Below I have included the information I received from the Council about the trees. I am following up to ensure that a new greening plan is put in place ASAP for this area. 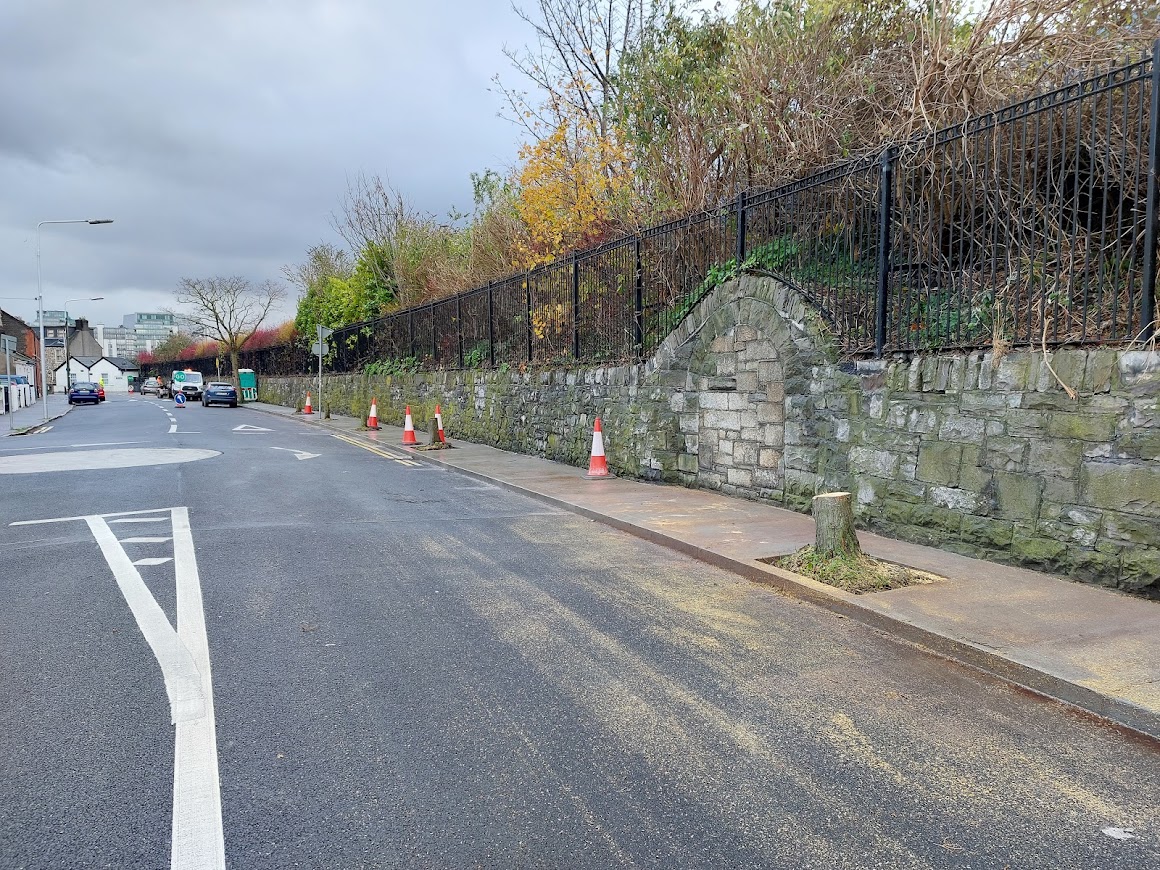 Following a report of a fallen tree on West Road, East Wall, which was felled during road maintenance work, DCC tree officer, Ludovic Beaumont carried out an inspection of the tree and the remaining trees on that road on 29th November 2022. Details listed below and included in attached report.

A large tree felled during road maintenance work. Inspection of the root ball showed that one large root on the railway wall had decayed and led to tree lean. Due to the small tree pits and the Railway wall on the west side, tree roots never developed and the tree was basically supported by the footpath surface.

Inspection of the remaining 20 street trees showed that three other trees had unstable root plates when footpath was removed and were removed immediately for health and safety. One of them had an entirely decayed base.

The trees were planted in very small tree pits close to a heavy wall with solid foundation on the west side and a heavily compacted road on the East side. The roots systems of these trees never had a chance to develop properly, the trees using footpath surface as a support. The trees barely managed to survive and are very vulnerable. A quick look on Google street map shows that since 2009 6 to 7 trees had to be removed.

The footpath is less than 180cm wide and with trees, footpath access is reduced to 100cm which is against any access guidelines.

Due to all these factors , It is my professional opinion that all trees on this section of footpath in West Road need to be removed within 14 days,

While it is advised that the work to be carried out within 14 days, regrettably the trees are going to be removed now as there is work going on in order to avoid extra inconvenience to the residents.