Questions and (some) Answers on Responding to the Homelessness Crisis

On joining Dublin City Council in September 2019, I was acutely aware that the city is experiencing a crisis in housing and homelessness. I had the opportunity to join the Lord Mayor, Hazel Chu’s homelessness taskforce in September 2020 and, through engagement with service users and providers, got a deeper understanding the challenges we are facing in responding to this crisis. I believe our services should be underpinned by human rights standards, mental and physical healthcare supports and an unequivocal commitment to ending homelessness and rough sleeping. Below are some core concerns and issues I have raised and the answers I have received. 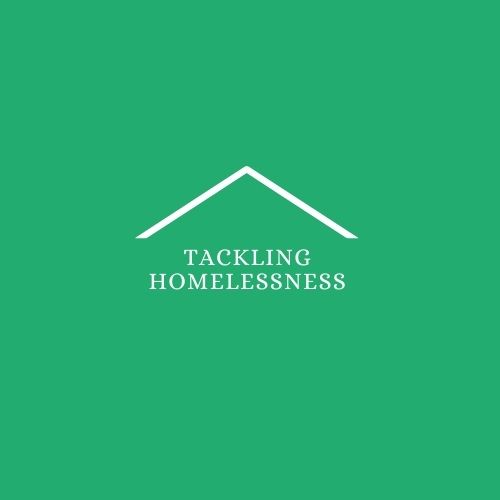 People who have experienced homelessness and service providers reported an increased trend in 2020 of people being denied beds when rough sleeping, despite availability in the system. This seems to be down to an unwritten “local connection” rule which says that a person must be associated with the local authority where they are seeking emergency accommodation.

Having raised a concern about this a few times directly with the DRHE, I joined with other Councillors in the Central Area Committee in passing a motion in December 2020 (1) calling for beds to be made available on a humanitarian basis.

Later in December 2020 the Minister issued clear instructions (2) to local authorities that no-one should be refused a bed on the basis of the “local connection” rule – with particular emphasis on the cold weather period where sleeping outside could be fatal. We were assured that while a housing needs assessment may take several days to complete with someone presenting for the first time, they should be accommodated in the interim.

People who have experienced homelessness frequently raise concern about the standards in emergency accommodation, from instances of violence and unsanitary conditions and the lack of support workers. This is particularly important for people suffering from complex physical and mental health needs and disabilities.

One man, suffering from terminal lung disease kindly recounted to me his experience of living in emergency accommodation in Dublin. He told me he had been “robbed, assaulted, threatened, abused, insulted, and more besides.” “I have walked out of nine of these cesspits since January 1st 2018. It’s safer on the streets.”

However, in an Oireachtas committee hearing in January 2021, it transpired that this is not the case and there is not a similar standard required of PEAs who are only monitored for physical standards of hostels but not social care standards.

In response to a PQ from Francis Noel Duffy, TD, the Minister said that the exit rates from homelessness are not delineated between PEAs and other services. This is one key piece of evidence we are missing to show whether there is an equivalent standard of outcomes for those resident in PEAs as for NGOs.

In November 2020, I asked for an update on the long overdue report on the standards in emergency accommodation. While the DRHE have assurance that that work is in progress, they didn’t give a timeline for delivery. They have since given assurance in the Oireachtas committee that the report will be made public.

Since 2016, the amount of money spent on privately run facilities has more than doubled. While the proportional increase of the number of people being housed by these facilities has risen by just 237 people from 1,755 in 2016 to 1,992 in 2019.

Councillors cannot access the contracts issued to private emergency providers due to commercial sensitivity. But an advert on Daft.ie shows that one provider in the North Inner City was returning more than a 100% profit on running costs.

While the DRHE have stated that they are intending to move away from privately run emergency accommodation, they are also continuing to recruit for more providers to enter into privately negotiated contracts with.

I inquired about the process for awarding contracts to PEAs and was assured that the DRHE were commissioning specialist advice on the procurement of emergency accommodation but at present it does not appear that they are subject to the public procurement process which is standard in the public sector.

While the Minister assured us that we would be moving away from privatisation of emergency accommodation now that there are excess beds in the system, the answer I received to a recent question indicated more PEAs will be sought in the coming weeks.

The expenditure of the DRHE has grown from €96,254,326 to €170,334,592 between 2016 and 2019 and to over €200 million in 2020. This reflects the growing rate of homelessness in the city but requires an increased level of scrutiny and oversight. However, the DRHE have not produced an annual report since 2016, despite this being the norm across the public sector. In response to several queries on this, they have given assurance that an annual report will be produced by March 2021 of their 2020 accounts and activities.

Prevention is the most important step in addressing homelessness in this city. Where that fails, we must respond in a way that upholds human rights and dignity for those who experience homelessness and progresses people out of homelessness as soon as possible. This should be the priority for all public services. To ensure this is the case, I believe greater transparency, scrutiny and accountability is required. Service user voices need to be heard throughout the processes and a care and health-centred approach needs to be adopted with stringent standards and inspections. I will continue to push for these. In the meantime, if anyone has concerns regarding specific issues relating to homelessness services in the city, please do get in touch with me or with an appropriate service provider.