This round of BusConnects public consultation closed on 17th April 2020. Due to the COVID-19 crisis the NTA are expecting to have another round of public consultation later in the year. There may be another opportunity to submit feedback at that point. Below is my submission to the NTA at this point. Please contact me if you would like to discuss any aspect of this in advance of any further consultations. 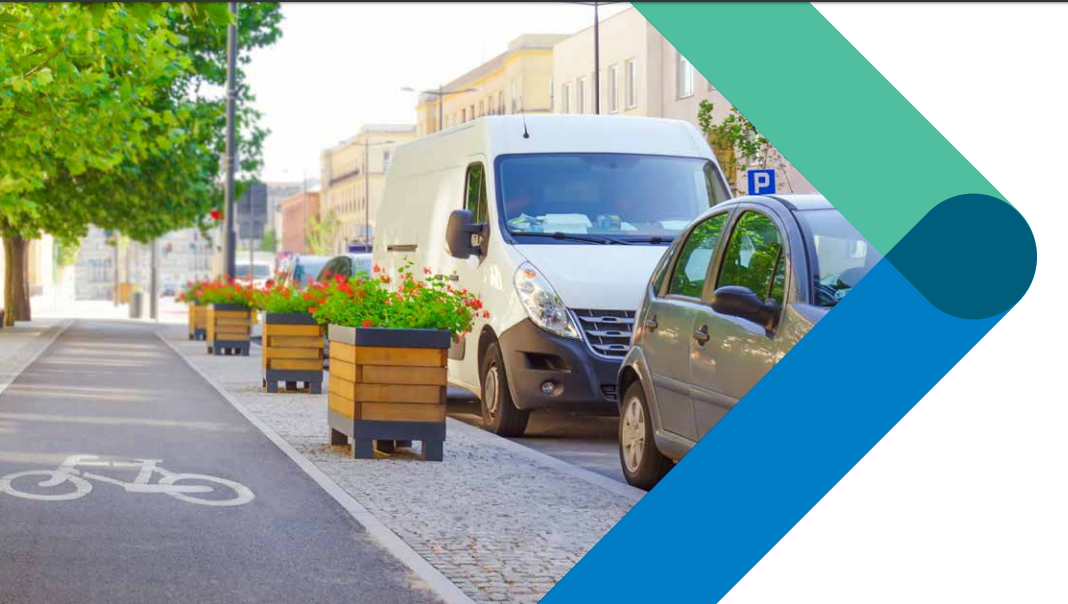 The revised plans under BusConnects are overall a significant advancement on what was previously proposed. There is a genuine commitment evident to improving the public realm for all and to make it more efficient, safe and enjoyable to use public transport and to walk and cycle instead of using private cars. This is a step in the right direction for a climate safe, inclusive and accessible city. However, some issues still remain and the plan does not sufficiently reflect the urgency of the climate crisis and is unlikely to shift behaviour significantly enough to get on track to meet the 2030 carbon emissions reduction targets under the Paris Climate Agreement and the Sustainable Development Goals. There will also be far too many places in the city which will remain prohibitive for many to walk or cycle, or otherwise use active travel means.

Adapting to the COVID-19 crisis

The ongoing COVID-19 crisis brings an additional urgency to the need to upgrade existing walking and cycling infrastructures to allow people to effectively socially distance. The need for wide, clear and accessible footpaths is more apparent now than ever. Although we do not know how long this crisis will last, changes made to the public realm now to improve footpaths and cycle lanes will provide for a lasting benefit, particularly to people with disabilities, children, older people and parents and will continue to support improved public health in the long-term.

I would strongly urge the NTA, in collaboration with the relevant local authorities, to urgently identify the aspects of the current plans which would support immediate public health needs related to social distancing and to implement them as soon as possible using accelerated planning processes. For the duration of this crisis, whether weeks, months or years, the priorities for the city will be improved walking and cycling infrastructure while use of both public transport and private cars are significantly reduced. These changes should not be left until after delayed consultation processes have been undertaken when they serve such an immediate and urgent good if taken now.

Gardiner Street is no longer included in the spinal route which means there may be no upgrading to the environment of Gardiner Street under this scheme. I hope that the NTA can work with Dublin City Council to ensure that there are necessary alterations made to the public realm here and that funding is made available for same. This includes the upgrading of the footpaths, the creation of segregated cycle lanes and the narrowing of motor vehicle lanes. As a residential street it is not appropriate that the road at points widens to five lanes of motor traffic. This should be narrowed to one motor traffic lane in each direction, widening to three to facilitate right turns if necessary, and the rest of the space should be re-allocated to safer walking and cycling and trees where feasible. This will significantly improve the air quality and the safety for resident and commuters in the area.

There is also an opportunity to provide for significant improvement to the surrounds of Mountjoy Square as part of the same upgrade works, providing for pedestrian crossings and road narrowing around the square.

The north-bound cycle lane on the Lower Drumcondra Road is currently set to remain advisory rather than mandatory to facilitate loading bays and car parking. This is a very dangerous section of road to cycle and it is important that a safe route be provided here to connect with the off road cycle lanes further up the Drumcondra Road. The removal of loading bays and parking to facilitate an upgraded cycle lane should be considered - it should be possible to accommodate both of these on the side streets.

The section of cycle lane which goes past the Archbishop’s grounds still has a cycle lane off road sharing space with the footpath on both sides of the road. This currently results in frequent clashes and hostilities between people walking and cycling and is particularly dangerous for those with visual impairment. Further detail needs to be provided as to how people walking and cycling can safely be separated from one another. Where this isn’t possible, on road cycle lanes should be considered. Even if this were to result in the loss of a traffic lanes this should still be considered as vehicles should be operated at a lower speed from this section onwards as they approach the city and residential sections of the road.

As the Lower Drumcondra Road progresses into Dorset Street, the segregated cycle lane reverts to an advisory one again. This is one of the key weaknesses of the current plan - the spines do not adequately connect with each other. This disadvantages residents of the inner city who are more likely to be making journeys around the periphery of the city, within and between urban communities rather than simply entering and exiting the central business district from the suburbs. Gender and equality analysis of public planning and the public realm also shows that a linear approach to public planning particularly disadvantages women, who tend to take more “trip-chain” journeys to different points in the communities rather than the linear commuting patterns more typical for men. It also disadvantages children and older people living in the inner city who rely on walking and cycling.

In the case of Dorset Street, there is more than adequate space to remedy this by increasing the footpath width to keep the footpaths consistently wide and providing segregated cycle lanes to connect the Swords corridor with the bus spine which is routed through Stoneybatter.

Providing connections between and within the city to the proposed upgraded cycling infrastructure will be key to the success of this infrastructure.

The Stoneybatter Sustainability Coalition have outlined several positive aspects along with some concerns on the current proposal for the village of Stoneybatter. I support the position outlined in their submission paper and the vision and values they have articulated for the village. They have thoughtfully considered the implications of designing public space to support the needs of people with diverse abilities and to meet the necessary targets of the Paris Climate Agreement and the Sustainable Development Goals. Stoneybatter is the ideal place in the city to push for bolder climate action and reduced car use and I would strongly encourage the NTA to take on board their valuable ideas.

The proposal to remove car traffic from Brunswick Street is very welcome and I applaud the NTA on their willingness to take on board the feedback and vision of the residents of Stoneybatter for this street. The NTA should work closely with Dublin City Council and local residents to advance plans for this area so that it can become a pleasant and functional part of the public realm and offer a new green space to local residents.

There are several other changes in the current plan which need further information and explanation to address and alleviate the current concerns of residents. This includes the impact of the no-left turn from Kirwan Street onto Manor Street, which is likely to have the most significant impact on parents of children attending the local schools.

The green space triangle outside Kavanagh’s pub at the junction with Aughrim Street also remains a concern. The narrowing of the junction is welcome and I appreciate that a lot of work has been done to ensure that trees can be preserved here; however it is still not clear whether the current design will allow for people to cycle safely northbound towards Prussia Street without bearing a risk from left turning motor traffic.

The success of much of this plan relies on the reduction and enforcement of speed limits. In the case of Stoneybatter village a limit of 30km/hr should be set.

There is an option to provide a safe cycling route through Grangegorman to connect Cabra with the quays and provide those cycling with an opportunity to avoid mixing with motor traffic through Prussia Street. This should be given more consideration in the next phase of the plans. Consultation about the traffic restrictions are mentioned in the current plan. It would be useful for residents to be provided with further updates on this.

The lack of safe cycling infrastructure to access the amenities of the Phibsborough village remains a problem with the current plans. While the alternative routes including the new proposed bridges over the canal will advantage commuters who pass through Phibsborough, it will do little to support residents of the local area and the businesses who would benefit from local residents visiting them by walking and cycling. Certainly in the context of the reduced traffic volumes as a result of the COVID-19 crisis, there is scope for significantly narrower motor traffic space here to accommodate cycle lanes and for improved pedestrian and cycling provision.

It would be beneficial for residents of the area to get further information about how the proposed changes around the library and the canal will affect them and what advantages there will be. Further consideration should also be given to how access to the cycle way by the canal can be fully accessible to mobility aids including tricycles and to cargo bikes without increasing anti-social behaviour by the apartments at Dakota Court.

The footpaths should be considerably extended on Granby Road and around Parnell Square - the width of the current road makes it very uncomfortable for bus passengers waiting at the bus stops and anyone else who is passing that section of footpath. It is also completely incompatible with social distancing which we can expect to be a requirement for some time to come.

A safety audit should also be conducted on the plan to divert cycling traffic up Parnell Street and Frederick Street. Accidents are very common where cyclists have to cross the Luas tracks and it will be prohibitive to many who are justifiably very nervous of doing so. Many will continue to divert across the pedestrian median on O’Connell Street to go along Sean McDermott Street instead if they do not feel it is safe to take the prescribed route.

Several of the bus spines are still routed down O’Connell Street now but there is no adequate cycling infrastructure planned on this road. Nor are there any other routes provided for in this plan which would allow people to safely cycle from one side of town to another. High quality cycling infrastructure should be provided along Gardiner Street, O’Connell Street, Church Street and Arran Quay on the northside to facilitate people approaching the city from different angles. At the very minimum one or two safe cycling routes should be provided across town. Without providing these connections across town and between spines, those who are not in a position to risk mixing with heaving and speeding motor traffic, particularly children and those with disabilities, will see no benefit from this infrastructure upgrade.

I hope the NTA will take on board this feedback and I look forward to the next phases of engagement and to accelerated action where necessary.