Cllr. Janet Horner met with Dublin City Council Executive and the Dublin Region Homeless Executive to discuss a number of open points on 15-17 Drumcondra Road. Below are draft minutes from that meeting covering a number of open discussion items. 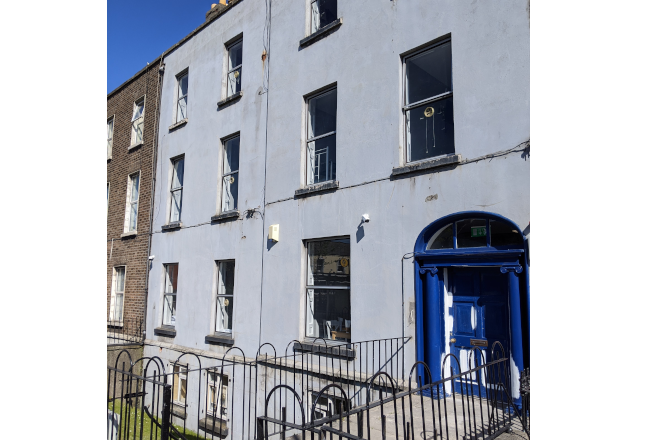 There is certainly some confusion over whether the development represents a change of use. This is a pre-63 building. The Dublin Region Homeless Executive (“DRHE”) believes that as this is a pre-63 building and as it was classified as residential before this and will continue to be considered residential after this. But this seems a little unclear because it is also regarded as private emergency accommodation.

Because it is pre-63 and in residential use planning enforcement thinks that it doesn’t represent a change of use.

Lack of consultation with residents

Cllr Horner raised issues were the lack of communication with residents before this was set up. The meeting was told that the decision was made in the context of COVID-19 and that the need to provide additional emergency accommodation became quite urgent by mid-March.

Cllr. Horner stressed the importance of communication going forward. The meeting was assured that more information would be circulated to residents about how to communicate going forward. Cllr. Horner also requested that a report would return to the Central Area committee within the next six months to a year so that we can better assess how the teething issues related to the buildings have been managed.

Use of private provider

Cllr. Horner raised concern about the use of a commercial company to provide private services and intends to pursue this issue within DCC as we should be looking to move away rather than towards private facilities.

In early March the issue of lacking accommodation to deal with COVID crisis became apparent. The owners reached out to DRHE.

Assurance was given that the facility is up to scratch regarding fire safety. Fire consultant says it can hold 60 people. Bunk beds cannot be used so single beds only.

Additional practical steps are to be agreed to address any issues of anti-social behaviour, particularly in St. Anne’s pocket park. Residents are concerned about litter and safety in the area being exacerbated by the facility.

It was proposed that the back garden could become a social and recreational facility for the residents. Cllr. Horner had previously got assurance that this would be looked at once resident are fully in situ.

It was also proposed that a plan be put in place for the area as a whole rather than simply managing the individual building.

Unfortunately there was no Garda Síochána presence at the meeting today.

The operator of the facility can be contacted on 1517drumcondrard@gmail.com